Artificial Protein A for Antibody and Non-Antibody Purification 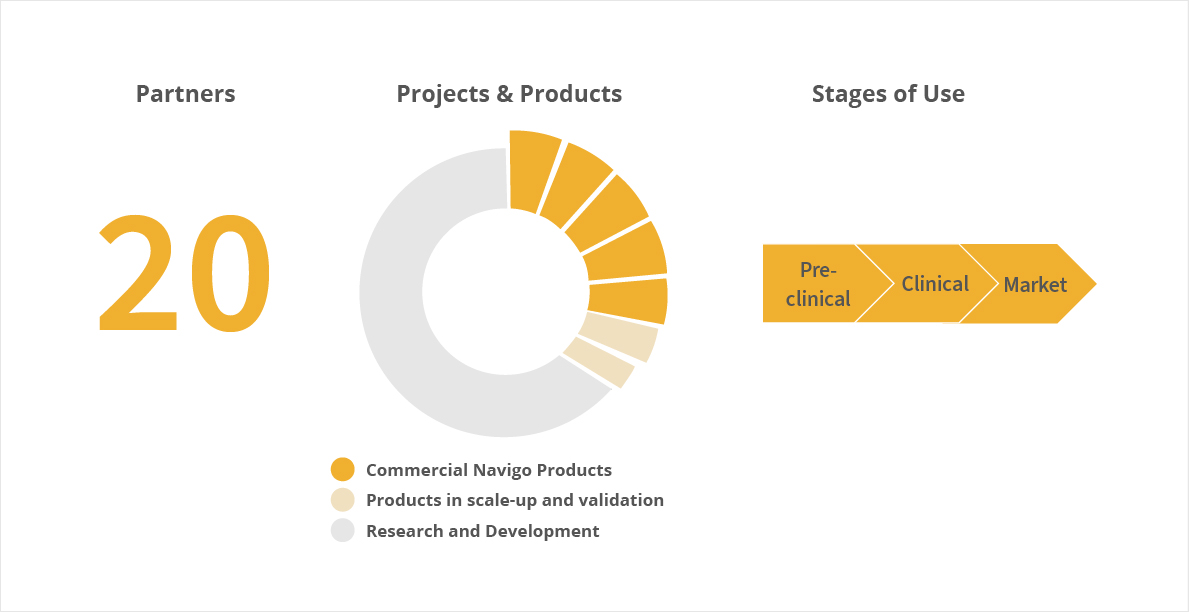 Antibodies have set the standard to beat when it comes to a downstream platform process using a high-performing Protein A affinity chromatography step. Over the years, Protein A has continued to evolve to keep up with increased performance pressure and Precision A contributed a major step to this evolution of next-generation antibody purification by the launch of the first two products: NGL Impact® A, the leading product for emerging antibody developments, and NGL Impact® A HipH, an industry-first ligand enabling mild elution conditions.

Learn more about custom affinity resins in our Whitepaper:

Monoclonal antibodies have been firmly established as one of the major recombinant protein therapeutics with over 100 antibodies being approved by the FDA since 1986. This is not just due to their efficacy in the clinic but can also be attributed to their manufacturability. Antibody purification requires only minimal variation between different products centering around the downstream process around a highly efficient Protein A capture step. The homologous protein sequence of the humanized antibodies Fc-region makes this possible. The downstream platform significantly lowers risk in asset development all but guaranteeing an efficacious asset makes it through process development.

The Protein A used in these chromatography resins has changed over the years to meet industry selection pressure for better performance and economic viability. Relatively high raw material cost and limited binding capacities contributed to high overall cost of goods in manufacturing of antibodies in the last decades. It is also known that the low pH needed to elute bound product from the columns is too aggressive for some pH sensitive antibodies and Fc-fusion proteins leading to aggregation during the downstream process. These aggregates are not only product lost but potentially immunogenic impurities that need to be cleared from the purification train.

At Navigo, we wanted to meet these challenges head on and leveraged our unique protein engineering skills to build an artificial next-generation Protein A scaffold. We succeeded in building a constantly progressing platform called Precision A with multiple ligands that resulted in two products for antibody purification on the market so far: the NGL Impact® A launched in 2018 and the NGL Impact® A High pH launched in 2021. Both have been commercialized and are currently sold by Purolite under the product names Praesto® Jetted A 50 and Praesto® Jetted A 50 HipH, respectively. These best-in-class and industry-first ligands combine ultra-high binding capacity and excellent alkaline stability effectively lowering cost of goods. Furthermore, NGL Impact® A high pH pioneers the market as the first product to allow for milder elution conditions making it the ideal choice for pH sensitive antibodies and Fc-fusion proteins prone to aggregation.

Precision X: Pushing the Boundaries of Protein A - The Evolution of Non-antibody Purification

Precision X brings the advantages of Protein A affinity chromatography to the protein world at large. An antibody-like process centering around a highly efficient affinity capture step is now possible for proteins like the Sars-CoV-2 spike protein in their native, untagged forms, no Fc-fusions necessary. Other publicly disclosed, exclusive developments for recombinant protein purification include ligands against complement factor H and, announced most recently, baculovirus glycoprotein 64. Other numerous, undisclosed developments include viral gene therapy targets as well as blood factors and targets found in blood plasma.

To achieve this changing specificity, the different binding interfaces of the Precision X scaffold were manipulated by randomizing surface residues. Since protein-protein interaction is reliant on a fit of 3D structures, changing the surface molds the scaffold to fit different antagonists. Using this technique, Navigo has generated more than 15 Precision X ligand libraries containing over 1012 ligand variations each. This high level of diversity is the ideal starting point for a custom ligand development and the core of our technology.

Precision X-based affinity chromatography for recombinant protein purification enables a simpler process architecture akin to the antibody downstream process resulting in optimized purity and yield as well as improving overall cost of goods. Today, only a few years after the conception of the platform, Precision X ligands are part of recombinant protein manufacturing with FDA and EMA approval.